The Future of Freedom Foundation was founded in 1989 by FFF president Jacob Hornberger with the aim of establishing an educational foundation that would advance an uncompromising case for libertarianism in the context of both foreign and domestic policy.

The mission of The Future of Freedom Foundation is to advance freedom by providing an uncompromising moral and economic case for individual liberty, free markets, private property, and limited government.

Our nation was founded on the principles of individual freedom, free markets, private property, and limited government. As the Declaration of Independence and the Constitution reflect, people have the natural and God-given rights to live their lives any way they choose, so long as their conduct does not involve the initiation of force or fraud. It is the duty of government to protect, not destroy or infringe upon, these inherent and inalienable rights.

For well over a century, the American people said “no” to such things as income taxation, Social Security, Medicare, Medicaid, welfare, public schooling, economic regulations, immigration controls, drug laws, gun control, paper money, the Federal Reserve, overseas empire, militarism, entangling alliances, and foreign wars. Despite the tragic exception of slavery, the result was the most prosperous, healthy, literate, and compassionate society in history.

In the 20th century, however, America moved in the opposite direction—in the direction of socialism, interventionism, and imperialism. The result has been massive infringements on our economic liberty, civil liberties, gun rights, and privacy, along with out-of-control federal spending, debt, and inflation, all of which have reduced our prosperity, damaged our families, and weakened our sense of morality, self-reliance, and voluntary charity.

The time has come for the American people to lead the world out of the statist morass in which it has plunged. The time has come to restore libertarian principles to our land. It is to that end that The Future of Freedom Foundation is dedicated.

Ideas matter — they have consequences — they move people to action. Therefore, The Future of Freedom Foundation’s primary way to advance liberty is to spread libertarian ideas as far and wide as possible. We accomplish this through a variety of ways, including essays and articles, speeches and lectures, seminars and conferences, our monthly journal, op-eds, books, monographs, media appearances, our FFF Email Daily, and our website.

As a result of legal consultation and advice from a Washington, D.C., law firm that specializes in election law and non-profit foundations, The Future of Freedom Foundation has adopted the following policies for whenever an employee of FFF becomes a candidate for public office: 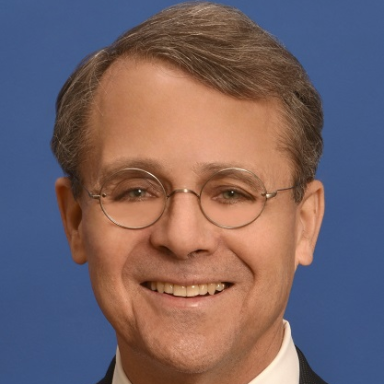 Jacob G. Hornberger is founder and president of The Future of Freedom Foundation. He was born and raised in Laredo, Texas, and received his B.A. in economics from Virginia Military Institute and his law degree from the University of Texas. He was a trial attorney for twelve years in Texas. He also was an adjunct professor at the University of Dallas, where he taught law and economics. In 1987, Mr. Hornberger left the practice of law to become director of programs at the Foundation for Economic Education. He has advanced freedom and free markets on talk-radio stations all across the country as well as on Fox News’ Neil Cavuto and Greta van Susteren shows and he appeared as a regular commentator on Judge Andrew Napolitano’s show Freedom Watch. View these interviews at LewRockwell.com and from Full Context. Send him email. Bart Frazier is vice president at The Future of Freedom Foundation. Send him email. 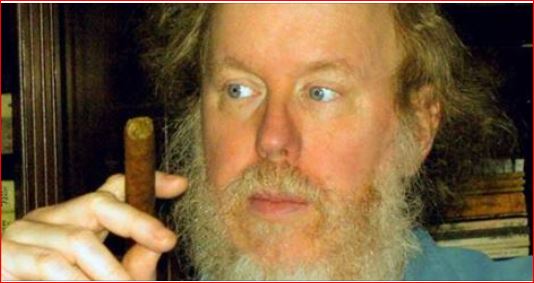 James Bovard is a policy adviser to The Future of Freedom Foundation. He is a USA Today columnist and has written for The New York Times, The Wall Street Journal, The Washington Post, New Republic, Reader’s Digest, Playboy, American Spectator, Investors Business Daily, and many other publications. He is the author of Freedom Frauds: Hard Lessons in American Liberty (2017, published by FFF); Public Policy Hooligan (2012); Attention Deficit Democracy (2006); The Bush Betrayal (2004); Terrorism and Tyranny (2003); Feeling Your Pain (2000); Freedom in Chains (1999); Shakedown (1995); Lost Rights (1994); The Fair Trade Fraud (1991); and The Farm Fiasco (1989). He was the 1995 co-recipient of the Thomas Szasz Award for Civil Liberties work, awarded by the Center for Independent Thought, and the recipient of the 1996 Freedom Fund Award from the Firearms Civil Rights Defense Fund of the National Rifle Association. His book Lost Rights received the Mencken Award as Book of the Year from the Free Press Association. His Terrorism and Tyranny won Laissez Faire Book’s Lysander Spooner award for the Best Book on Liberty in 2003. Read his blog. Send him email. Laurence M. Vance is a columnist and policy advisor for the Future of Freedom Foundation, an associated scholar of the Ludwig von Mises Institute, and a columnist, blogger, and book reviewer at LewRockwell.com. He is the author of Gun Control and the Second Amendment, The War on Drugs Is a War on Freedom, and War, Empire and the Military: Essays on the Follies of War and U.S. Foreign Policy. His newest books are Free Trade or Protectionism? and The Free Society. Visit his website: www.vancepublications.com. Send him e-mail. Scott McPherson is a policy adviser at the Future of Freedom Foundation, and author of Freedom and Security: The Second Amendment and the Right to Keep and Bear Arms. An advocate of the Free State Project, he lives in Portsmouth, New Hampshire.

The Future of Freedom Foundation

Libertarianism is a political philosophy that holds that a person should be free to do whatever he or she wants in life, so long as their conduct is peaceful. [click for more]

Physical productivity exists where the amount of goods which form the gross return is greater than the ...

On the other hand, it was remarked by Professor Edgeworth that if the free coinage of gold ...

The evidence shows ... that the majority of people in the first half of the nineteenth century ... I apprehend no danger to our country from a foreign foe. Our destruction, should it come at ...

It is horrible to think that the world could one day be filled with nothing but those ...
See more Freedom Thinkers

Austrian economics is a distinctive approach to the discipline of economics that analyzes market forces without ever losing sight of the logic of individual human action. Two of the major Austrian economists in the 20th century have been Friedrich A. Hayek, who won the Nobel Prize in Economics, and Ludwig von Mises. Posted below is an Austrian Economics reading list prepared by Richard M. Ebeling, BB&T Professor at The Citadel and former president of the Foundation for Economic Education and vice president of academic affairs at FFF.